The Heart of the Huber Method: the central core 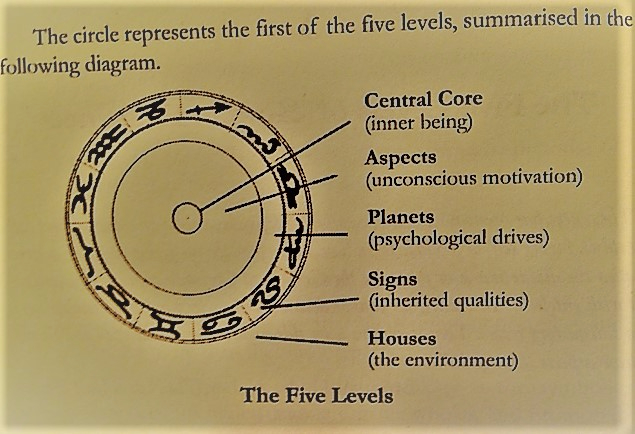 “The true essence of the human being is directed by the circle in the middle of the horoscope.  This is where we look for the potential of man.” (Huber,Bruno and Louise, p. 21. The Astrological Houses).  When an individual is born according to this theory, this circle begins to beam energies radiating in all directions which first meet the aspect lines of the overall aspect picture and then forms angular aspects to the planets that connect with the core.   See below my chart which has red lines running to the core or center.  The aspect patterns formed by this pattern forms the circuit plan for vital energies in the individual. 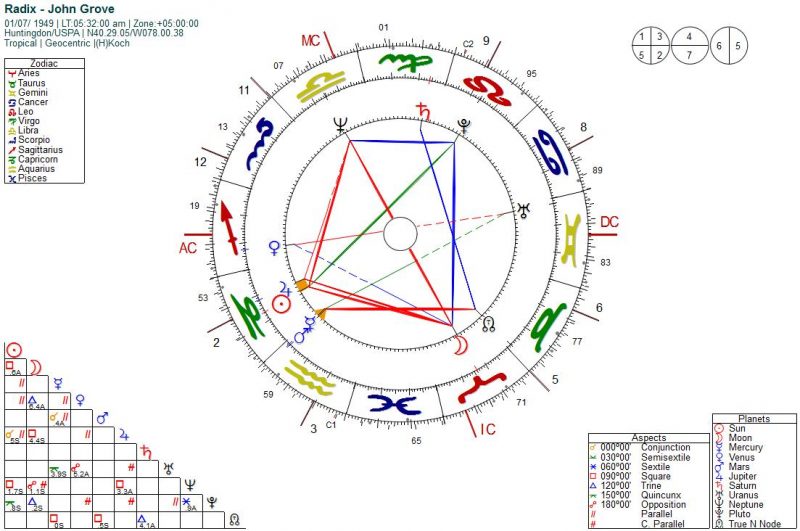 Psychologically, the aspect patterns form the beginning of self awareness which defines the direction life is to take, the interests, the essential concerns of life, and what one wants to make of his life. ( Hubers, The Astrological Houses, p. 22).  Talents that are inherent in the individual and ones that will not provide difficulty are reflected here by the following 2 aspect patterns, one forms an irregular square and the other is lineal:
core aspects

If you click on the above, you will see that not all aspect patterns are equal because only the patterns which meet up with the core are significant to the individual soul. The rest of the aspects in the chart are environmental and form aspects in houses which  are an exterior not primary influential configuration reference. (Hubers, The Astrological Houses, p. 23).

In the figure above, there is one quadrangular aspect pattern called the Double ambivalence figure and a lineal aspect between Uranus and Venus.  The planets involved in the first figure are Neptune oppose the Moon square the Sun conjunct Jupiter which confers on me the action to make use of my dream symbolism in a way that leads to  ego enhanced self- worth and growth.  I use this to illustrate the way certain aspect patterns to these planets as life organs or instruments to make  a human being establish contact with the world (Huber, The Astrological Houses, p. 22).
Consider the horoscope below in which there are no connections to the central core.  In this case the configurations will be “stamped into the behavioral traits through the upbringing in the personal environment”.  (Hubers, The Astrological Houses,p. 23). 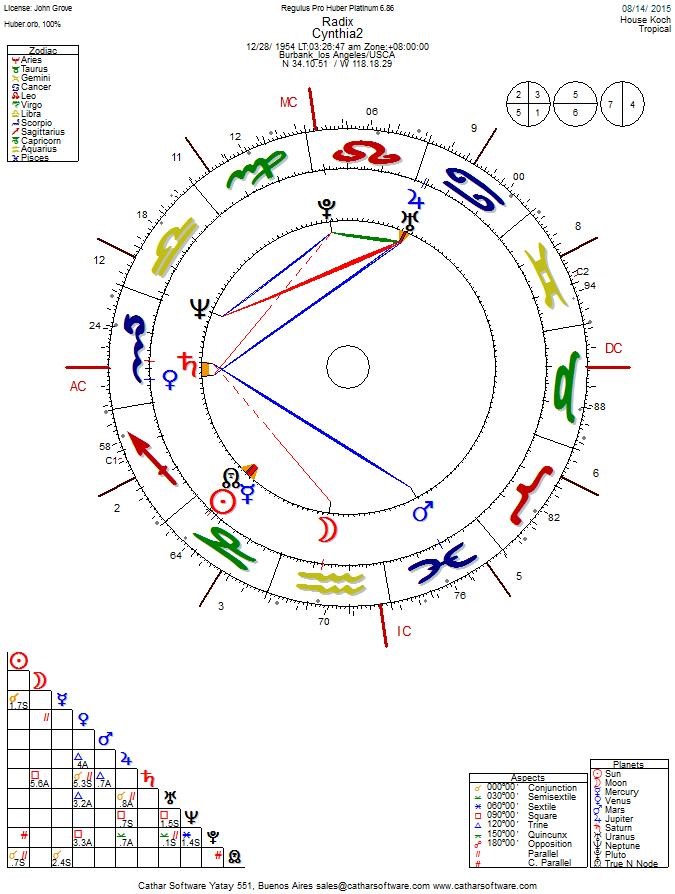 The individual mentioned had been sexually and physically abused and was unable to marshal an individuality beyond what her environment dictated.  Note the empty spaces are in the 5th through the 8th houses which has to do with expression and experience with others in partnerships- what is referred to as the YOU side of the chart.

In conclusion, our purpose of the article is to emphasize the specific inward- directness of the Huber method of Astrological Psychology in which one learns to dis-identify with the environment and strives to minimize the symptoms that emerge in the individual traits and the behavioral problems which can prevent normal developmental milestones from being met.  That would be if focus of any psychotherapy in a case such as Cynthia the one described above.